To assess the value of monitoring changes in fitness in professional soccer players using changes in heart rate at submaximal intensity (HR12km/h) over the velocity at a lactate concentration of 4 mmol/l (v4mmol/l), we re-examined 1) a range of threshold magnitudes which may improve detecting substantial individual changes and 2) the agreement between changes in these two variables.

On at least two occasions during different moments of the season, 97 professional soccer players from Germany (1st, 2nd, and 4th division) completed an incremental test to determine HR12km/h and v4mmol/l. Optimal thresholds for changes in HR12km/h and v4mmol/l were assessed using various methods (e.g., smallest worthwhile change + typical error, successive reiterations approach). Agreement between both variables changes was examined for the whole sample (225 comparisons), four different subgroups (depending on the moment of the season), and in an individual over 6 years (n = 23 tests).

Changes in both variables were largely correlated. Changes of 4.5% and 6.0% for HR12km/h and v4mmol/l, respectively, were rated as optimal to indicate substantial changes in fitness. Depending on the (sub-)groups analyzed, these thresholds yield 0–2% full mismatches, 22–38% partial agreements, and 60–78% full agreements in terms of fitness change interpretation between both variables. 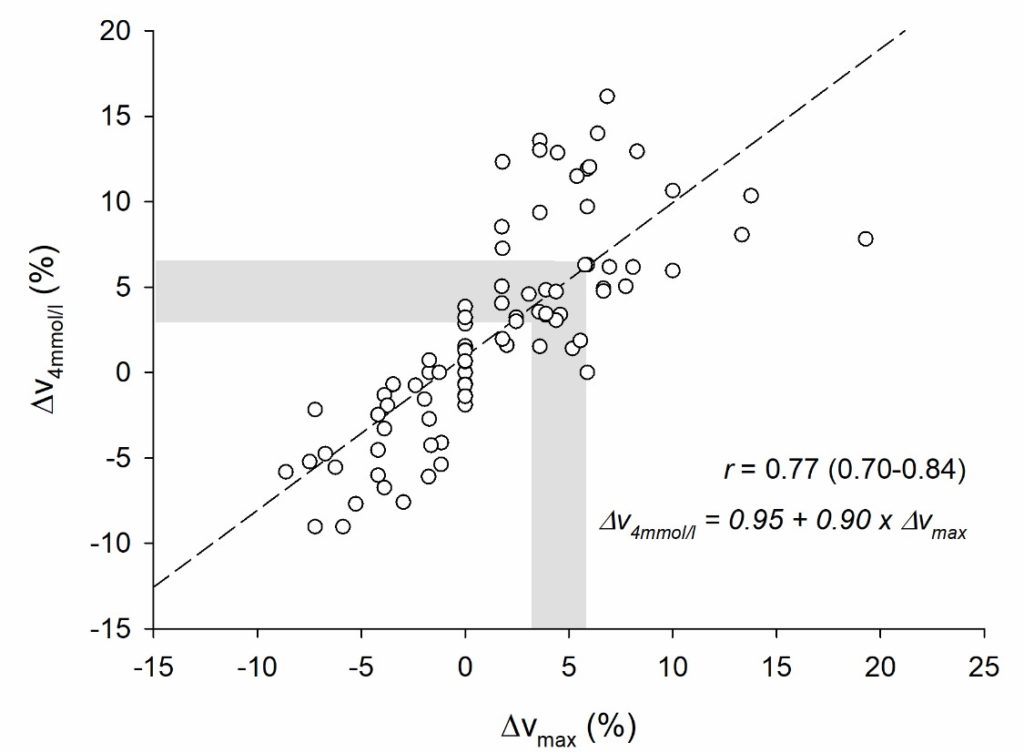 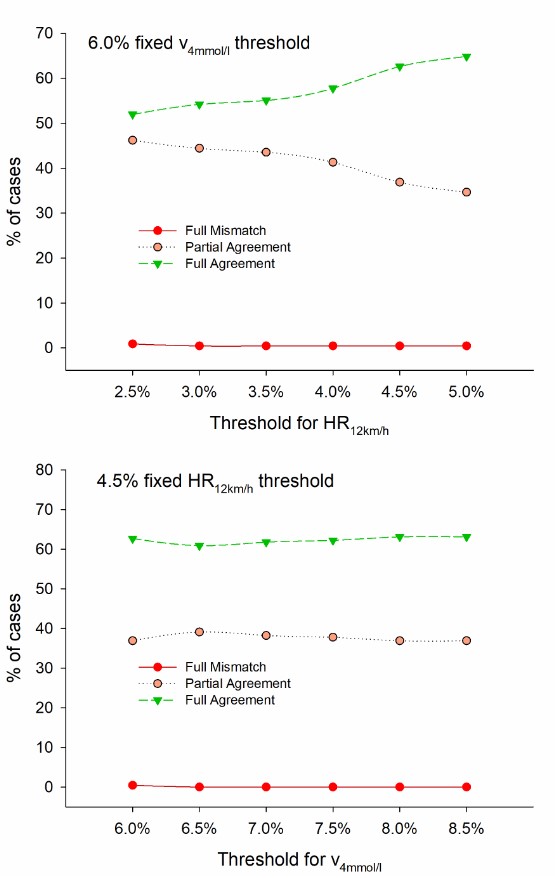 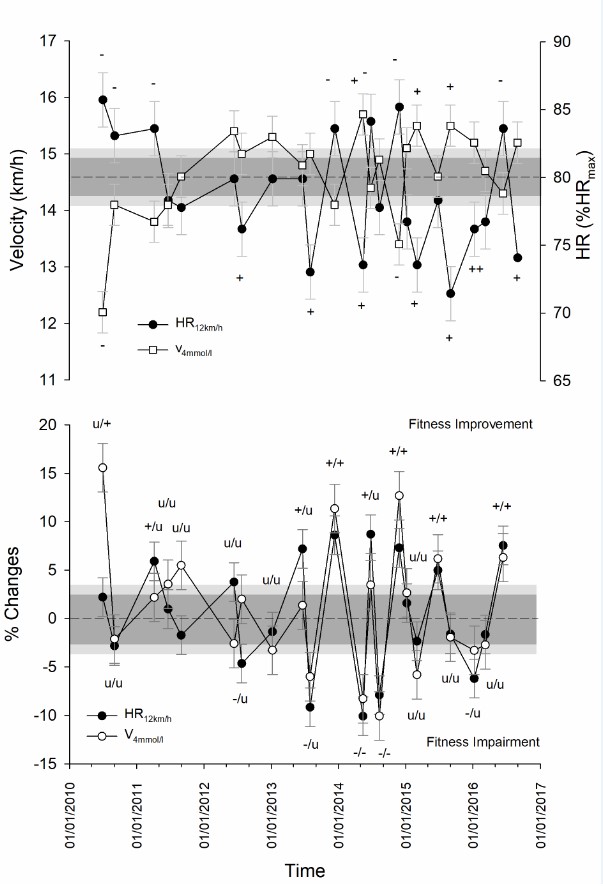 Figure 3. Absolute HR12km/h and v4mmol/l values (upper graph; n = 23) as well as percentage changes in HR12km/h and v4mmol/l (lower graph; n = 22) for a single player over a 6-year period. The smallest worthwhile changes (SWC) are shown with grey (HR12km/h) and light grey (v4mmol/l) areas. Error bars represent the typical errors (TE) of each variable. To be considered as substantial (i.e., positive, +, or negative, -, estimated change in fitness), changes had to be greater than the SWC + TE. Unclear changes in the lower graph are indicated with an “u”. Except for a few specific dates, changes in both variables were consistent and suggested similar adaptations. Of note, changes were never suggestive of opposite changes in fitness.