Small-Sided Games in elite soccer: Does one size fits all?

Small-Sided Games in elite soccer: Does one size fits all?

Purpose: To compare the peak intensity of typical Small Sided Games (SSGs) with those of official matches in terms of running demands and mechanical work over different rolling average durations and playing positions.

Conclusion: Peak locomotor intensity can be modulated during SSGs of various formats and durations to either over- or underload match demands, with 4v4 placing the greatest and the least emphasis on MechW and HS, respectively. Additionally, CD and CM tend to be the most and least overloaded during SSGs, respectively. 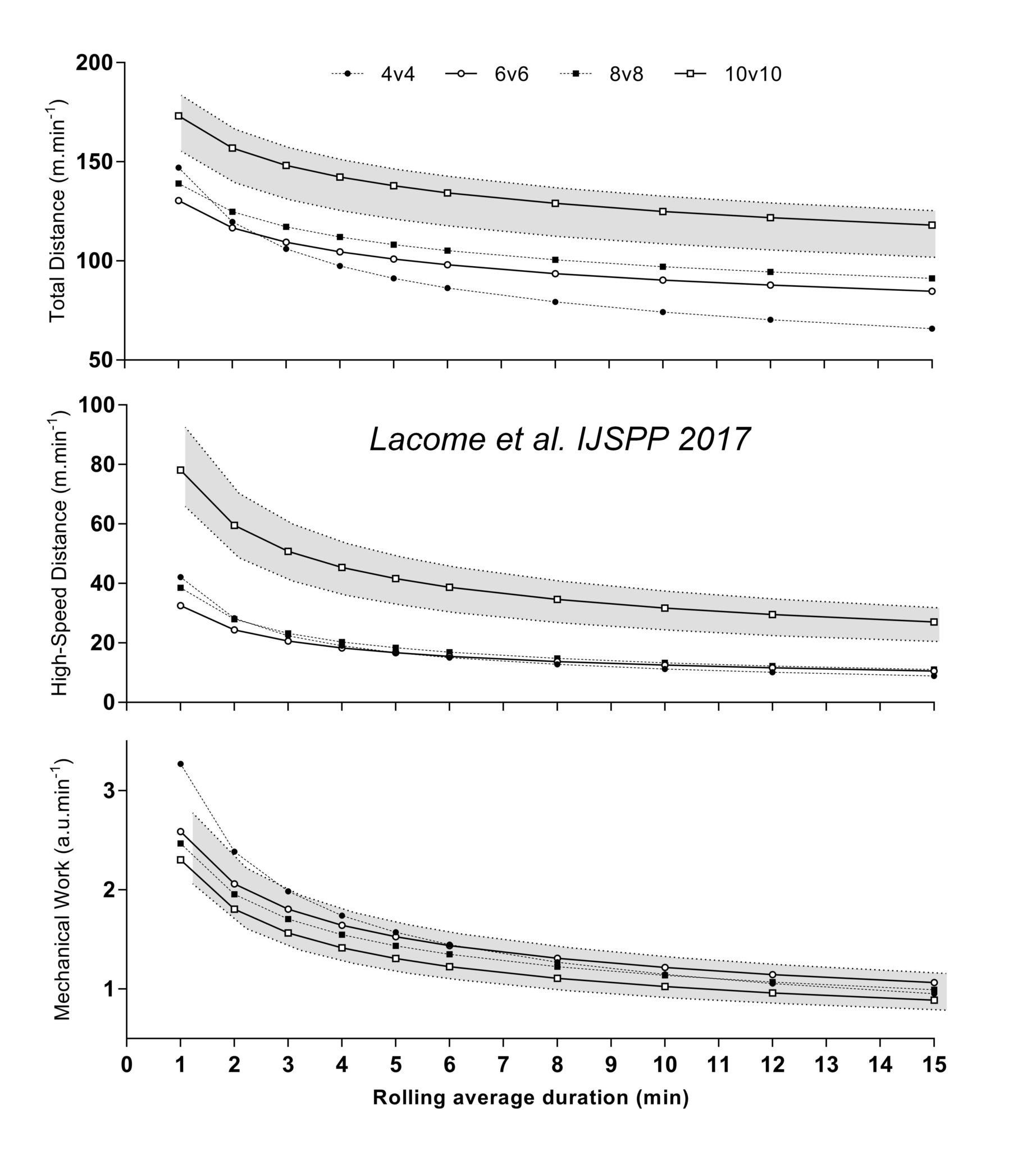 Peak locomotor intensity during the different small-sided games compared with match demands as a function of each rolling average period for all players pooled together (grey zones stand for match average ± standard deviations). Confidence intervals for mean values are not provided for clarity.