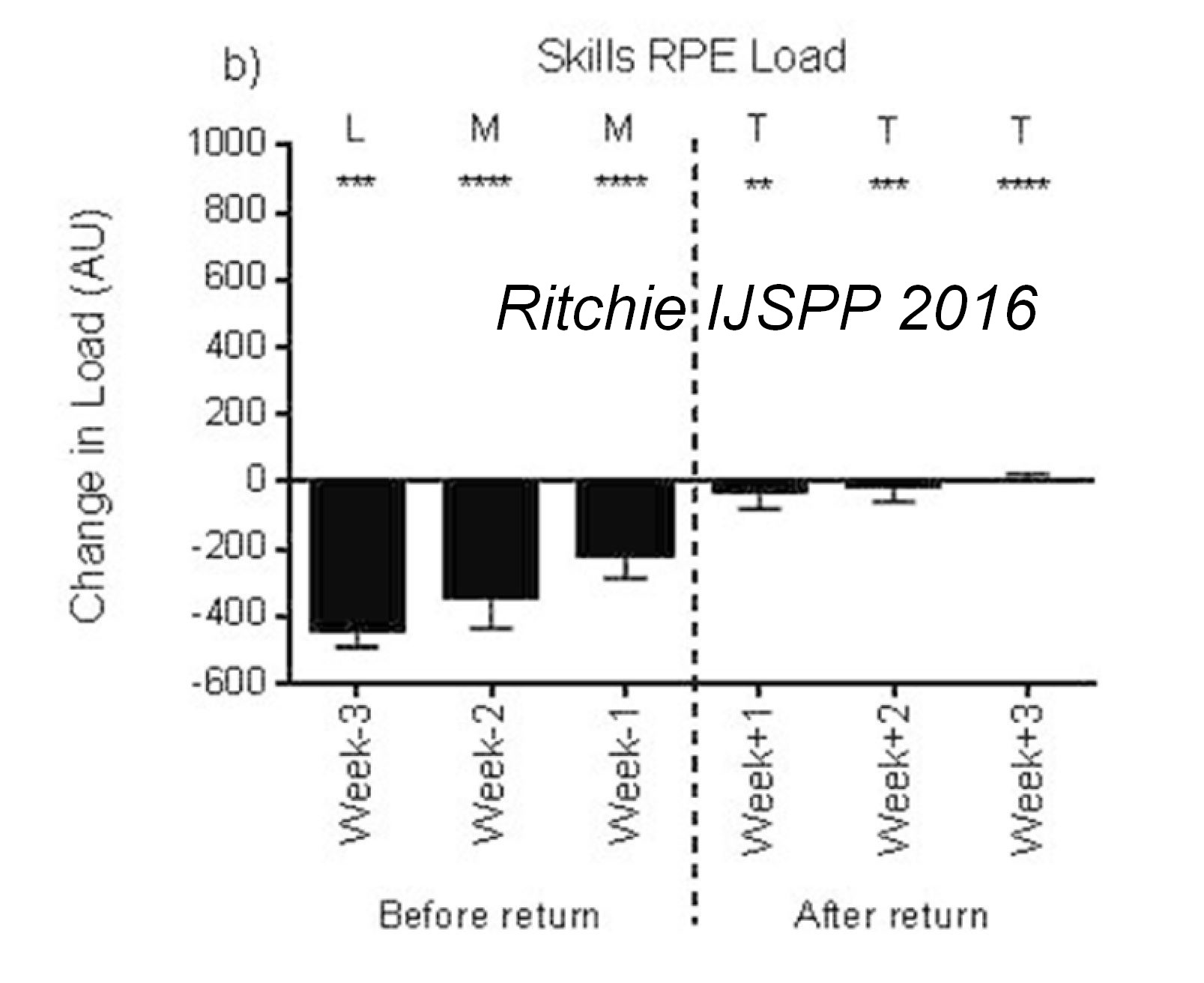 Training volume, intensity and distribution are important factors in training design during periods of return to play. The aim of this study was to quantify the effect of injury on training load (TL) before and after return to play in professional Australian Rules Football.

Weekly perceived training load (RPE-TL) for 44 players was obtained for all indoor & outdoor training sessions, while pitch-based training was monitored via GPS (total distance, high-speed running, and mean speed). When a player sustained a competition time-loss injury, weekly TL was quantified for 3 weeks before and after return to play. General linear mixed models, where inferences about magnitudes standardized with between-player SD, were used to quantify effects of lower and upper body injury on TL compared to the team.

While total RPE-TL was similar to the team within 2 weeks of return to play, distribution of training was different, whereby skills RPE-TL was likely and most likely lower for upper and lower body injury, respectively, and most likely replaced with small to very large increases in running and other conditioning load. Weekly total distance and high-speed running was most likely moderately-largely reduced for lower and upper body injury until after return to play, at which point, total RPE-TL, training distribution, total distance and high-speed running were similar to the team. Mean speed of pitch-based training was similar before and after return to play compared to the team.

Despite injured athletes obtaining comparable training loads to injured players, the distribution of the training is different until after return to play, indicating the importance of monitoring all types of training athletes complete.