While heart rate (HR) is often used to control exercise intensity during high-intensity interval training (HIT), this approach has several limitations, including the difficulty for practitioners to regulate running intensity. To overcome these limitations, using the speed reached at the end of the 30-15 Intermittent Fitness Test (VIFT) as the reference for running intensity has been suggested. The aim of the present study was to compare the effect of HR- vs. VIFT-based HIT on high-intensity intermittent running performance in young soccer players. Twenty two soccer players (15.12 ± 0.5 yrs) were divided in two different experimental groups including HR-based (n=10) or VIFT-based (n=12) HIT during their preseason preparation. The VIFT-based HIT group performed a 30-15 Intermittent Fitness Test before the intervention to detect player’s VIFT. All players performed a Yo-Yo Intermittent Recovery Test level 1 (YYIRT1) before and after the intervention. All players underwent the same conditioning and technical/tactical training programs for 4-5 weeks, except the method of individualizing soccer-specific HIT sessions with the ball (2 sessions of HIT=3 sets of 3:30 min): either according to 90-95% of maximal HR, or 65-70% VIFT. We then compared the between-group differences in weekly improvement in YYIRT1 using magnitude-based inferences. VIFT-based HIT produced likely greater weekly improvement in YYIRT1performance than HR-based HIT (+86%, 90%CL (1.5- 240%); standardized difference: +0.7(0.02- 1.40), chances for greater/similar/lower values of 95/4/1). Using VIFT as a reference speed for HIT programming may elicit greater high-intensity intermittent running performance improvements than using percentages of maximal HR in young soccer players. 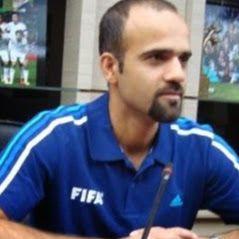